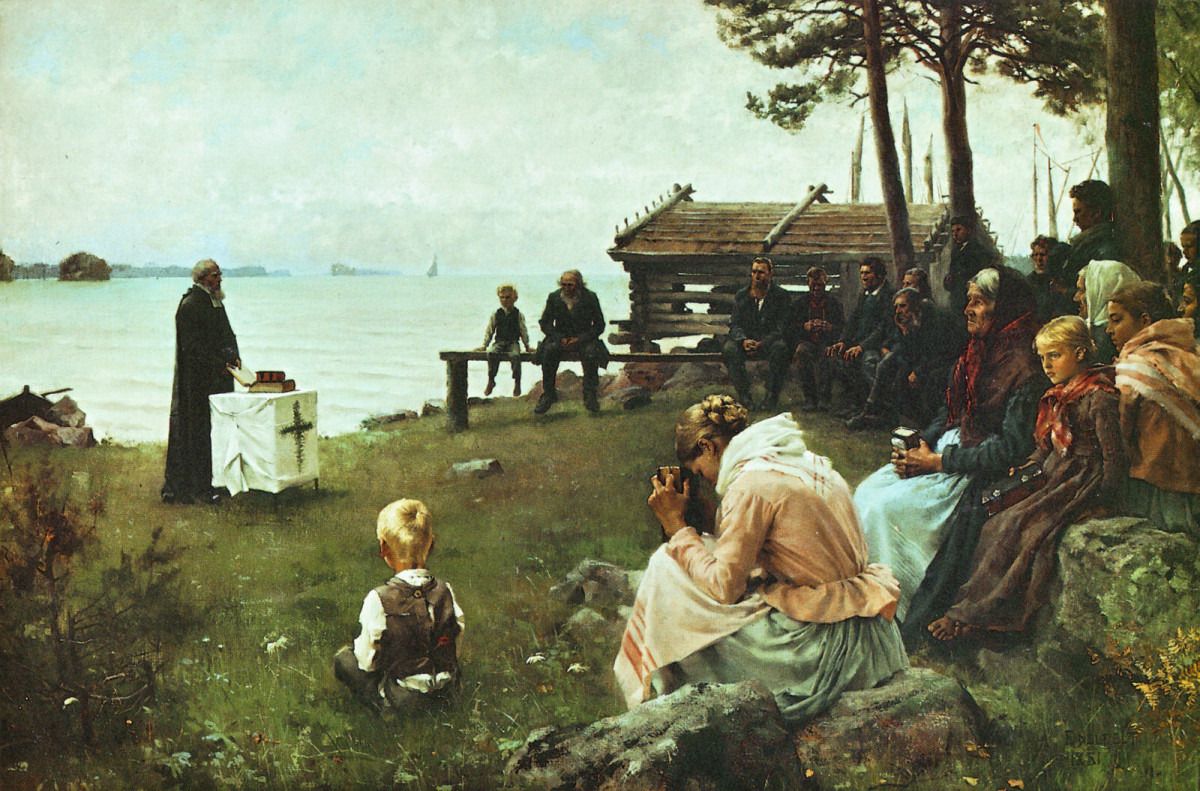 The author of the lyrics, Dr Steven Parham, explains the angle from which he approached the lyric:

‘Never was there any glory or glamour to be found in war, assuredly not for those who participated in it. Contrary to romantic depictions in popular heavy metal, the common soldier’s greatest (and unlikeliest) victory lay in avoiding death or being made a cripple for life.’

While some Finns voluntarily enlisted in the army (usually to avoid starvation), many were forcibly drafted by Swedish army recruiters. The forced recruitment was known as the blood tax. The names of the men to be drafted into the army were announced by priests in the Sunday sermons at the church. Since the men knew they were highly likely to die in the army, the priest’s reading of the list of names was tantamount to naming the dead. 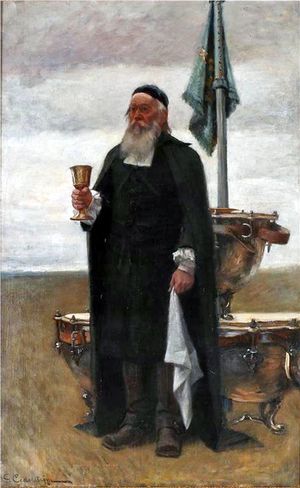 Steven describes the emergence of the lyric:

‘Inspired by Keskisarja’s historical anecdotes of men who committed suicide to evade the Blood Tax of the Swedish Crown levied upon Finnish peasants, I felt that the album needed to open with the actual lines that people would have heard spoken, the ones they dreaded as a death sentence. Historical Swedish was the language of a distant king, and it was the language of doom for those whose name was read out on Sundays by men dressed in rich gowns from behind a pulpit. Priests pronounced the heaviest of fates at their weekly sermons, summoning peasants to almost certain death, far from their families and kinfolk – an ideal opening track for a black metal album that explores how life suffered from subjugation to royals and religion three centuries ago. This track unleashes Murhanenkeli, the Angel of Murder, who at this point is still cloaked in the gowns of the servants of a Christian god. That is, priests who sent men off to battles that were essentially irrelevant to their everyday lives.’

The specific story that inspired the lyric is that of the 32-year-old Pietari Kuikka, whose name was read out at the church one Sunday. He really did not want to join the army. Instead of pledging allegiance to the King, he took his boat, packed it full of iron and copper, rowed to the middle of the lake, grabbed his axe, hacked a hole in the bottom of the boat, and drowned himself. His wife and father-in-law were watching from the shore, and they later reported not knowing of any reason for the suicide other than the involuntary draft.

When writing the lyric, Steven drew inspiration from his surroundings in the ancient capital of the Ottoman empire:

‘I wrote this lyric while sitting close to the remains of ruined Constantinople’s blasted city walls – an edifice coveted and besieged unsuccessfully for almost a thousand years until Christians razed this greatest of Christian cities on their Fourth Crusade against Islam. The bizarreness of the Church’s violence done unto itself and its own people in the name of God (while allegedly crusading against somebody else’s god) struck me as particularly relevant to how Christendom has always been its own greatest and most barbaric enemy.

The crumbling facades of European Istanbul, which I experienced during the long fall, winter and spring of the plague of 2020/21, were the ideal reminder of the futility of running away from fate (in my case, escaping from the restrictions imposed by Covid19). I like to believe that Pietari Kuikka, our protagonist on this track, would agree. Truly, his was a god allowed to murder at will.’

An interesting detail: The priest’s voice in the song’s narrated parts is the artist Jan Holm, a Swedish-speaking Finn. In the intro, he cites a hymn written by Martin Luther and chanted by the Swedish army before going into battle: ‘Vår Gud är oss en väldig borg’ (‘Our God is our fortress’).