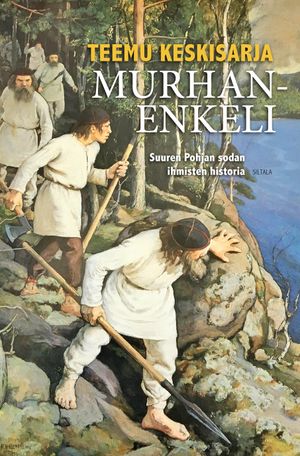 For Finns, the Great Northern War was a cataclysmic event that dwarves even the Second World War. It is estimated that 40,000 Finnish soldiers (out of the 60,000 that joined or were forcibly drafted into the army) and 10,000 civilians perished from causes directly related to the conflict. Even for soldiers, these causes were not necessarily bullets or swords, but more often famine, disease, and exhaustion. The death toll represents a staggering 10% of the population at the time. Since most of the casualties were men, the war initiated a major demographic shift in the population as well.

We asked the historian Dr Teemu Keskisarja – whose book ‘Murhanenkeli’ (‘Angel of Murder’) was the principal source for the lyrics – to explain why the Great Northern War is such a dismal era in Finnish history: 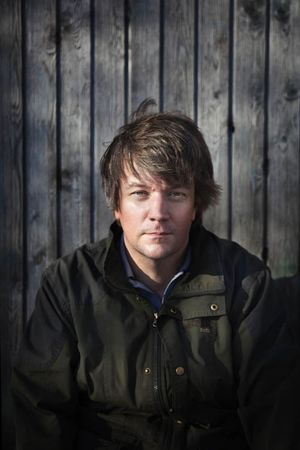 ‘In the safety of today’s Nordic countries, it is difficult to fathom how mercilessly the angels of murder annihilated our ancestors ten generations ago. The Covid-19 pandemic is but a mosquito bite compared to the Great Northern War.

Fighting wars was not a light matter in the 20th century either; nonetheless, to my mind the sufferings of the 1700s are unparalleled: Warriors froze to death in snowstorms, defecated their guts out in diarrhoea, and lost their limbs without anaesthetics in make-shift amputations. The pains of the soul were as total as those of the flesh. Soldiers fighting on remote battlefields knew that their homes in Finland had been burned to a cinder, and that their children had starved to death or been enslaved.

When I wrote ‘Murhanenkeli’ I was mourning the fact that history had omitted the common people of the Great Northern War as individuals. Regular soldiers did not leave memoirs, diaries, or letters for present-day historians to analyse. The archives only show their names, which oftentimes are not even their real Christian names, but monikers such as ‘Toilette’ (‘Latrine’) or ‘Horman’ (‘Whoreman’) made up by army scribes. The words and thoughts of the unknown soldiers of the 18th century have vanished forever, yet they were as much individuals as we are today. As is to be expected, each one had their own character and a wide range of emotions. I would love to know which powers of the mind and soul helped each individual to survive the battle which is life. The only psychiatrists to treat the traumas of the war in that era were priests; and the only psychotropic drug available was homemade booze.

Music was a major part of a soldier’s life 300 years ago. We know of numerous hymns and marches from the era of the Great Northern War. Undoubtedly these provided solace to the soldiers who sang them, even though the topics mostly dealt with religion and royals. The voices of common soldiers and civilians are not heard in those lyrics. The Great Northern War neither inspired composers of classical music, nor have Finnish poets written about the darkest side of our military history. The forgotten people of the Great Northern War are certainly worthy of song. It is a beautiful thing that their lives and deaths now feature in the music of the 2020s!’