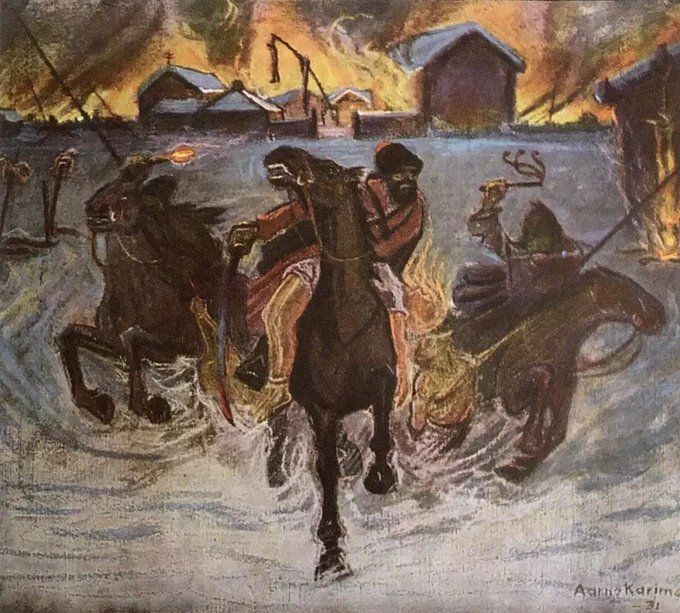 In September 1714, hundreds of them rowed up along the coastline, avoiding Russian warships, until they paused to rest on the island of Hailuoto. However, this did not go unnoticed by the Russians. That night Russian Cossacks stealthily landed on the island and massacred up to 800 defenceless refugees. Although this technically qualifies as genocide, the massacre is unlikely to have been ethnically motivated: we can assume that the Cossacks were out to plunder the wealthy merchants.

Based on these horrific events, we asked the lyricist Steven Parham to compose words that were as misanthropic and anxiety-inducing as possible. We think he succeeded very well: all of us in DMB are thoroughly revolted when reading the lyric!

This is how Steven describes the text’s emergence:

‘Writing this track was intimidating, both because of the subject matter and because I felt that particular care needed to be taken when writing about Finnish history as a non-Finn.

Both Istanbul and Belgrade – the two cities in which I conceived the lyrics of the entire album – are sites where outsiders have made a tradition of appropriating local disasters for their own purposes. Sitting on the southern tip of Istanbul’s Anatolian neighbourhoods, I found myself searching for contemporary experiences that might provide me with access to what the 800 people slaughtered at Hailuoto may have thought in their final moments of betrayal.

I stared at the Prince’s Islands just off the coast in the Sea of Marmara, traditionally used by Ottomans and the early Republic to house prisoners: children of the Ottoman rulers were kept there, just as was Leon Trotsky after his flight from the Soviet Union. Roaming farther to the west, around the tip of Greece and the Peloponnese, small islands today are used to house refugees of war and devastation from Syria and beyond. Even if their fate is not (quite) to be massacred in their sleep, the barren islets upon which they arrive in Europe must be sites that, similarly to the Finnish refugees of 1714, had promised temporary respite yet have rapidly become graveyards of their future.

To my mind, this is about as misanthropic as it gets, and I trust that my violent lyric is not seen as appropriation but, instead, an approximation. The track’s juggernaut speed and style of chopped lyric, slowing to half-speed in the final verse and integrating the accusatory howls of Matti Piipponen’s female kinfolk, illustrates the depravity to which the Angel of Slaughter will stoop in unleashing her carnage during the Great Northern War.’

Our witch from Track #5 has failed in her spell-casting, the Angel of Carnage relentless as she tunes the ruin of the survivors who’ve left their villages to be burnt. The cacophony of shrieks of Hailuoto’s victims will never die, no matter how harshly the winds blow across this sea in winter. 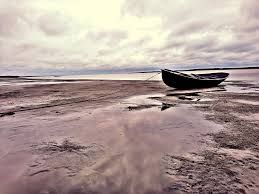 For those of you who live in Finland and speak Finnish, Dr Teemu Keskisarja has made an interesting television documentary about the massacre of Hailuoto: